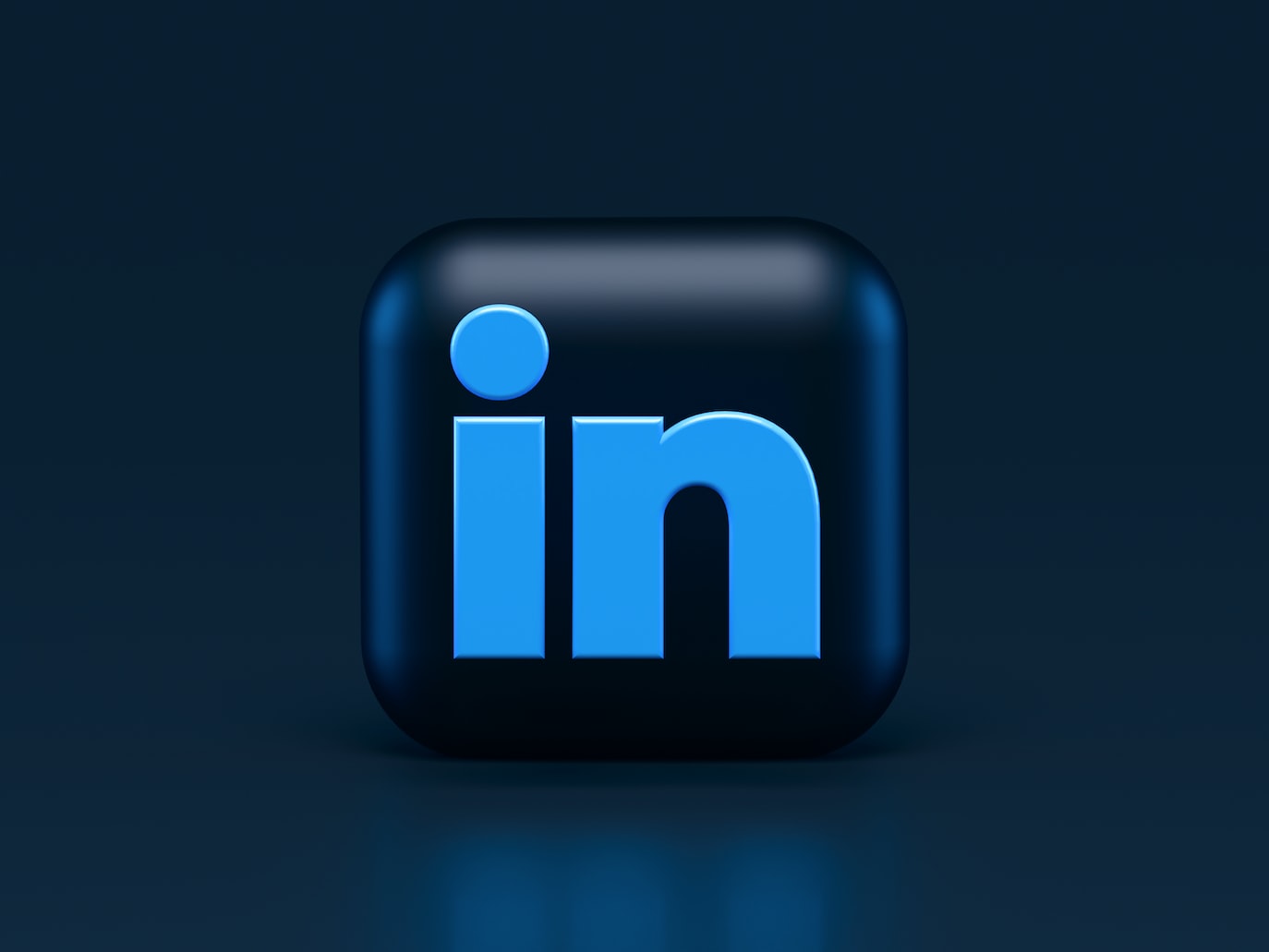 LinkedInHow Most Salespeople Use LinkedIn Wrong

You can watch David & Ryan's full conversation here, or read on for the transcript.

Ryan: [00:00:00] I'm Ryan Doyle. I make magic sales bot. This is my friend David Hurley. The founder of Conversify. David would love if you just took a second and introduced yourself.

David: Yeah. I'm David, I'm a self-taught developer. Conversify is the first product I've put out in the wild or at least have had customers with. I've been growing that now for a couple of years have a lot of happy customers and it's been a lot of fun. And what we do is we help people send an automated sequence of messages to their prospects on LinkedIn.

Ryan: And I'm a customer myself. It's a, it's a really cool value prop because not a lot of tools can access data in LinkedIn. And I think what sets apart is not only are you accessing data in LinkedIn, you're building automation on top of it. So I can automate my messages. And I found it to be really successful and I love the new UI by the way.

David: Yeah, thanks. Yeah, I know. It's, it's been a long time coming it's it takes a little like once you put an app in. [00:01:00] Once you have a working app and a bunch of customers, it's very hard to, to shift and redesign it and build something slightly different because people have been, or they're used to using an app a certain way.

So I don't think the, the, the functionality hasn't changed too much, but even slight changes, I've been doing a lot of customers, customer support the last couple of weeks.

Ryan: I can, I can imagine why. I mean I was that type of user, anytime that LinkedIn would change, I would bitch and moan. And I know that as a sales person, we are always, always, always told like you have to utilize LinkedIn. But I think that that. It can be complex. It can intimidate people or people go down and, and they send a couple messages.

They don't really get a response and then they kind of swear off it. So I would love to hear from your perspective, you've probably seen hundreds of users, maybe even thousands come through and do different messaging campaigns through LinkedIn. What makes effective LinkedIn outreach?

David: Yeah, [00:02:00] the people. get frustrated with LinkedIn because they say it doesn't work. Those same, same people are probably trying to sell. And it may seem counterintuitive, but that's the number one thing I try and tell people is. Try not to try not to sell directly, try to sell indirectly. And that's, it's a really hard.

And then if you come at it from that angle, it's like, well, what do I say? Then I'm trying to sell. You have to get very creative about how do you actually genuinely connect with this person because you've got to remember, it's a social network. You can't,

David: you can't just. Try and connect with everyone. Like you're eventually going to get, find a connection and do a sale.

But if you come at it from an angle where you want to actually genuinely connect with prospective customers and then eventually sell them, it works a lot better. So what I've seen work really well are invitations to podcasts, guest blogs connecting with people around a conference. Works really well.

So [00:03:00] try and find things that are happening in real life, or create something that you might, your prospects might find interesting. Maybe it's a piece of content they might find valuable and then introduce them to take a look at it, give you feedback. And I find that those strategies work well. It's asking someone for a demo inviting someone to a demo.

Almost never works. So don't do

Ryan: Right. It's like cold email. And so when you say that it, to me, it sounds like there's almost no dissimilarities between what makes a good cold email and what makes good cold LinkedIn outreach and, you know, correct me if I'm wrong. Is there anything that I should be doing differently in LinkedIn messaging than in cold email?

David: I think in the, the biggest difference between LinkedIn and email is just the, the amount of copy you sent. LinkedIn, you've got to keep it really tight. No more than a couple sentences, per message. People steal wall of texts especially on the DM

The it's just, if you send too much copy, I find I'd never, I've never really found that or seen that to work

Ryan: Okay, so don't send blocks of texts. That could be a big mistake. People make in your experience, are you seeing any other glaring mistakes like that? That reps make when they go to send LinkedIn outreach?

David: Don't include any Calendly links, just don't just don't do it. Ask for permission first.

Ryan: Okay. It's it's I think a smaller part of a bigger debate that is, is happening like on Twitter right now. I'm sure you've seen in the previous weeks, like the controversy around sending Calendly links. Do you think it's, it's that type of, of advice that you're giving right now? Or is there something deeper about the LinkedIn platform that, Hey, you just shouldn't send calendar, like some of this platform.

David: That was okay. That to be on Twitter was really funny. And that's, that's more about the, the dance of like who should be giving it first and how, how should, who should be booking [00:05:00] meetings and who's calendar, depending on. know, who's, who's more popular. That's not what I'm talking about. I'm talking about assuming someone wants to meet you and just saying book a time in my calendar.

I think that assumption is a, if you've never met the person before and they haven't shown any interest I just don't find that to be as effective as just, just saying, Hey, like establishing that the two people want to meet based on some sort of mutual value.

David: And then, and then saying, okay, if, if, if the person raises their hand and wants to meet then D then the calendar link is going.

But assuming that ahead of time is a bold,

Ryan: Okay. So I think that's really valid because it's like walking up to someone you want a date and just handing them your number or your business card. Like you should at least wait to establish mutual interest first.

David: yeah, I'm happy you brought up Tinder when I was consulting and helping people do this, I would say,

David: Oh, I [00:06:00] I've. I misheard you. Okay. But it's a good lesson for LinkedIn message even as is sales reps or people that are used to selling on cold email, which is a lot of people that end up using

David: I, the biggest lesson is to unlearn a lot of your cold email hacks that work really well and start using things that work well on Tinder, in the sense of like there's a, there's a bit more of a networking dance.

You need to play on LinkedIn and you need to be a lot a lot more. A lot more subtle, I guess, on, on Tinder. So act more like you would on Tinder than you would on cold email. It's like obviously, obviously there's like, you're not gonna use your same playbook on Tinder, obviously.

David: Yeah. Yeah, yeah, yeah, yeah. I mean, I don't have the game so long. I wouldn't even be able to tell you what, what, what what's going on now, but it's it's just,

David: be more. Yeah. Yeah, don't be as direct on LinkedIn. Speed's indirect as he can. And that sucks, especially when you have a boss brought boss breathing down your neck to like book demos, or you're a founder that wants to book revenue. But in the long run, you'll, it'll pay dividends.

Ryan: And I think it goes back to what you said in the beginning, which is come at it from a place of being genuine and, and you don't have to be in genuine. I should say disingenuous, if you're being indirect, like you can be indirect and genuine. And I think it's just like, I'm just going to

David: I'm sorry, man. I keep cutting you off, but it's but you can also be funny and it's, and it gives you a chance to be like, try and be really creative.

David: Because every, if you look at anyone's LinkedIn inbox, it's Hey, I just came across your profile. Hey, I think we should connect.

Ryan: Okay. So, you know, I've learned something and I think what I've learned has to do with the difference between cold and. And I think that we've talked a good amount of strategy around how you approach LinkedIn, just to kind of cap us off in this conversation besides strategy. Is there any tactical stuff you'd recommend, like, you know, one word, subject lines in cold email convert or like all lowercase messages.

Do you see any of that tactical stuff work, especially well on LinkedIn? Emojis or voice

David: Oh I would, I would clean it. Speaking of emoji's clean your data. So like remove some people, put emojis in first names.

Ryan: Hmm. Hmm. Bright, because they're pulling from LinkedIn titles.

Ryan: well, I think that's a good one, which is the cleaning of the data. Because I've gotten messages before, like in my old job that I have brought in the emoji that I had in my title or something

David: Totally it's a or, or you get things that look so inauthentic. Like I'm speaking, I'm talking to other marketing directors in Houston. You know, that's sure you've just used personalization, but it sounds robotic. It sounds like no one would actually say that in real life,

Ryan: right. Well, Hey, this is a, this is a whole other conversation because now we're getting into magic sales bot, which is personalization is more than just using someone's name. It's also using the context in their life. And so interesting. Well, well,

David: it's so much, so much more important on LinkedIn that contextual. Yeah. All the more reason to pick up magic sales, bot don't want to just use personalization. That's like super like generic. Like I want to talk to market your marketing [00:10:00] directors in Houston. Like that stuff is it's played out.

Ryan: I completely agree. And it's not only is it played out just plain doesn't work and the people that you're going to get from that are low quality. So thank you, man. I appreciate you dropping some LinkedIn wisdom and all the best success with the new UI in versify and, and looking forward to booking some more meetings with it myself.

David: Appreciate it, man. Thank you.

Ryan: Absolutely. All right. Have a good day.

Ready to automate your sales research?Start your free trial today.